Thermal sums such as Growing Degree Days (GDD) are the cumulative degrees in Celsius above a chosen threshold temperature over a period of time. For GDD > 5, a day which averaged 15 degrees would accumulate 10 Growing Degree Days.

The months of April and October generally mark the start and end of the growing season for winegrapes in the Okanagan. Increasing temperatures are predicted to translate to earlier harvest dates than previously observed. The following maps depict the change from the historical average of GDD > 5 in the Okanagan Valley of British Columbia, Canada.

How to use the maps

The maps below have three tabs, each shows the same information but allows you to visualize it in a slightly different way.

More information about these maps can be found below, here.

Growing Degree Days > 5: May through October 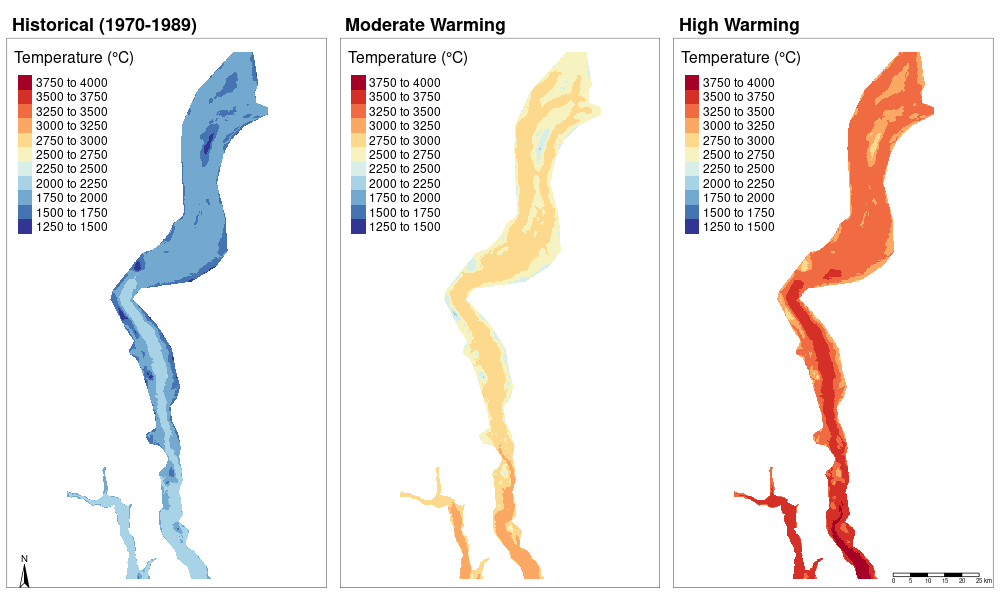 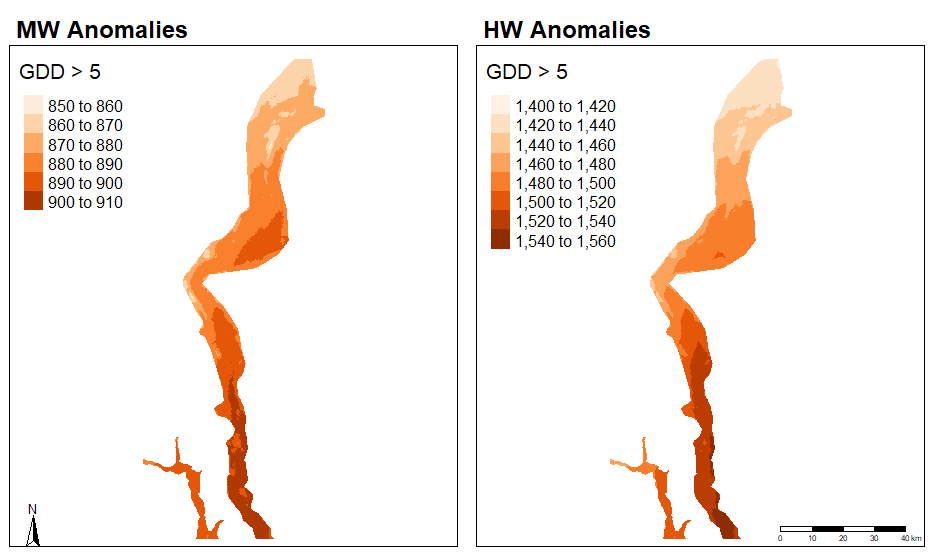 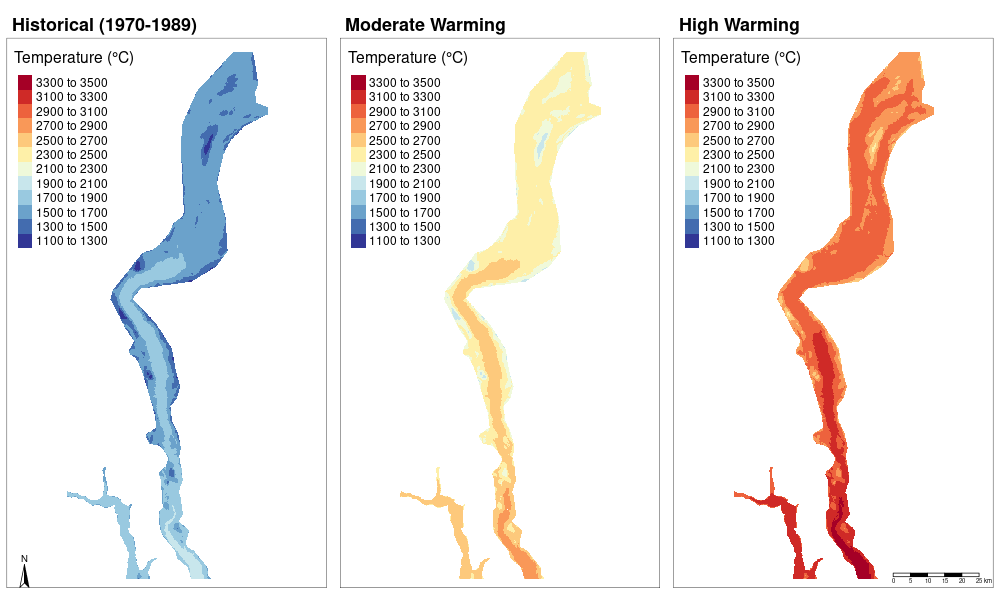 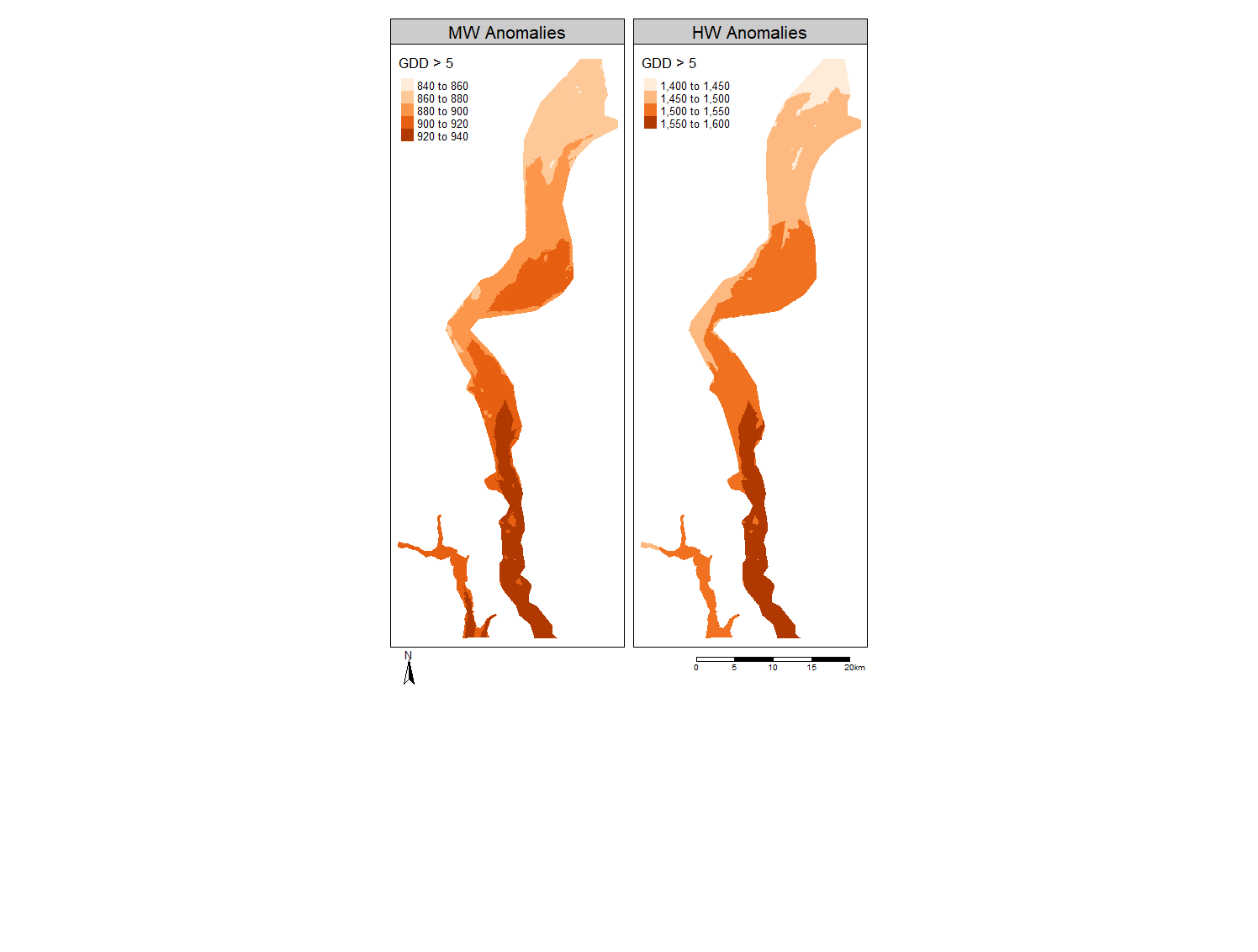 Funding for the climate maps component of this project has been provided in part by the Canada Research Chair in Temporal Ecology and in part by the governments of Canada and British Columbia under the Canadian Agricultural Partnership, a federal-provincial-territorial initiative.
Funding is administered by the Investment Agriculture Foundation of BC. This project is part of the Farm Adaptation Innovator Program delivered by the Climate & Agriculture Initiative BC.